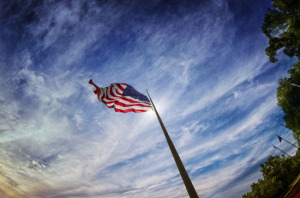 The folding knife, also known as a pocket knife, is a great tool for campers, hunters, carpenters, hikers, and as a handy item to have around the house. They are also used by the military, law enforcement, and emergency fire and rescue personnel. There are few young boys that do not dream about owning an incredible pocket knife. However, folding knives have undergone a number of transformations in order to create a tool that is aesthetically pleasing, more versatile, dependable, and long lasting.

Although the basic purpose of any knife is to be able to cut, a folding knife is meant to provide greater portability. Other specific features that add or detract from its usability include first, how easy they are to open. A major advance in folding knife history was the ability to open them with one hand usually with the thumb. The second factor is whether they have a locking mechanism to prevent accidental closing on a hand or finger. A number of locking mechanisms are in use such as the liner lock, lockback, frame lock, and the slip joint. Third is the type and quality of the materials used in both the blade and the handle that not only increase longevity but a knife’s value and character. Fourth is the aesthetic quality of a knife. Forging a knife is a hobby for many, and creating a knife that is both beautiful and functional is a testament to their ingenuity. Finally, personal preferences come in to play; intended use, blade shape, number of blades, alternative implements, and size will help determine which folding knife is most appropriate for an owner.

Folding Knives Made in the USA

There are a number of quality folding knife producers in the United States. Reputation, the type of steel, and the fit and finish are the major factors that determine the price of a folding knife. Prices range from under $40 for the least expensive knife to over $400 for a custom made. This list is not exhaustive especially with regard to custom knives.

Kershaw makes some of the most popular, versatile, and inexpensive knives, although not all their knives are made in the United States. US made models start at under $30 for a quality skinning knife, but they also manufacture small folding blades under two inches long and Bayonets over seven inches long. Kershaw knifes are popular with campers as well as savvy knife owners.

Zero Tolerance, a sub company of Kershaw, makes all their professional grade folding knives in the United States. Initially designed for combat use, they now manufacture folding knives for the general public. Zero Tolerance knives are heavy and large, but built to last. General and tactical knife prices start at around $100.

Spyderco makes some of the most unique, creative, and multiuse knives in the United States, but like Kershaw, some are outsourced to other countries. Known for their reliable products, their US made knives are designed for ease of use and start at under $100.

Rick Hinderer custom makes all his folding knives in Ohio. His devotion to creating a knife that is aesthetically pleasant to look at and comfortable to manage began from his experiences as a fire fighter. Hindered knives are works of art that are built for strength and known for incredible reliability, but his 100% guaranteed folding knife products are priced over $400.

Chris Reeve folding knives are known worldwide for their performance, smoothness, quality, and functionality while maintaining incredible designs. Based in Idaho, every Reeve folding knife is custom made to exacting standards, built to last through any usage, and guaranteed for life. Similar to Hinderer folding knives, Reeves start at just over $400.